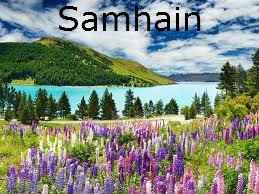 Ragnor Wiki is a roleplaying wiki. You can join here. Please read the rules before doing anything else. It won't take long.

Ragnor is a small island surrounded by what is known as the Great Sea. To the west of Ragnor is a smaller, triangular-shaped island called Jaggedtooth Island. Jaggedtooth is largely unexplored, but its high mountain peaks can be seen from Ragnor's coast. To the south of Ragnor lies the Island of Flo. This long island is recently explored, and contains vast forests and shallow rivers.

The people of Ragnor arrived centuries ago, fleeing from a desecrated world. There are many peoples living in the Kingdom, and they don't always get along. A long time ago the peoples of Ragnor were united under one leader, but the Royal line died out in mysterious circumstances, and now it is every race for themselves. However, in recent times, a new King has risen to lead the people, uniting the races once more.

At the age of twelve, all the children of all the races of Ragnor are made to undertake a journey, or quest. This quest will help them to become wiser, and stronger, ready for adulthood. All quests are different, and some are more dangerous than others. What will your quest be?

To find Ragnor's IRC channel, go to webchat.freenode.net and type #Ragnor in the Channels box.

IRC is a useful way to instant-message other members of the wiki, remind your friends to RP with you, and discuss any and all things Ragnor!

31st December 2012 - The King of Ragnor has been restored to his throne! Ragnor has a monarchy!

23rd December 2012 - After a long period of inactivity, Ragnor revamps and restarts in time for the new year!

Retrieved from "https://ragnor.fandom.com/wiki/Ragnor_Wiki?oldid=9926"
Community content is available under CC-BY-SA unless otherwise noted.